Day one, complete. Those in Prospect Park for opening weekend were blessed with sunshine and a load of fantastic food vendors. Smorgasburg has begun.

After weaving between the throngs of first-day patrons, I paid a visit to Duck Season because I couldn’t resist the D.L.T. and the Poutine with Duck Fat Fries. From the freshly baked brioche buns to the demi-glace hiding beneath the cheese-and-duck-bacon-topped poutine, Duck Season is attentive to the details that make us all go “mmm.” 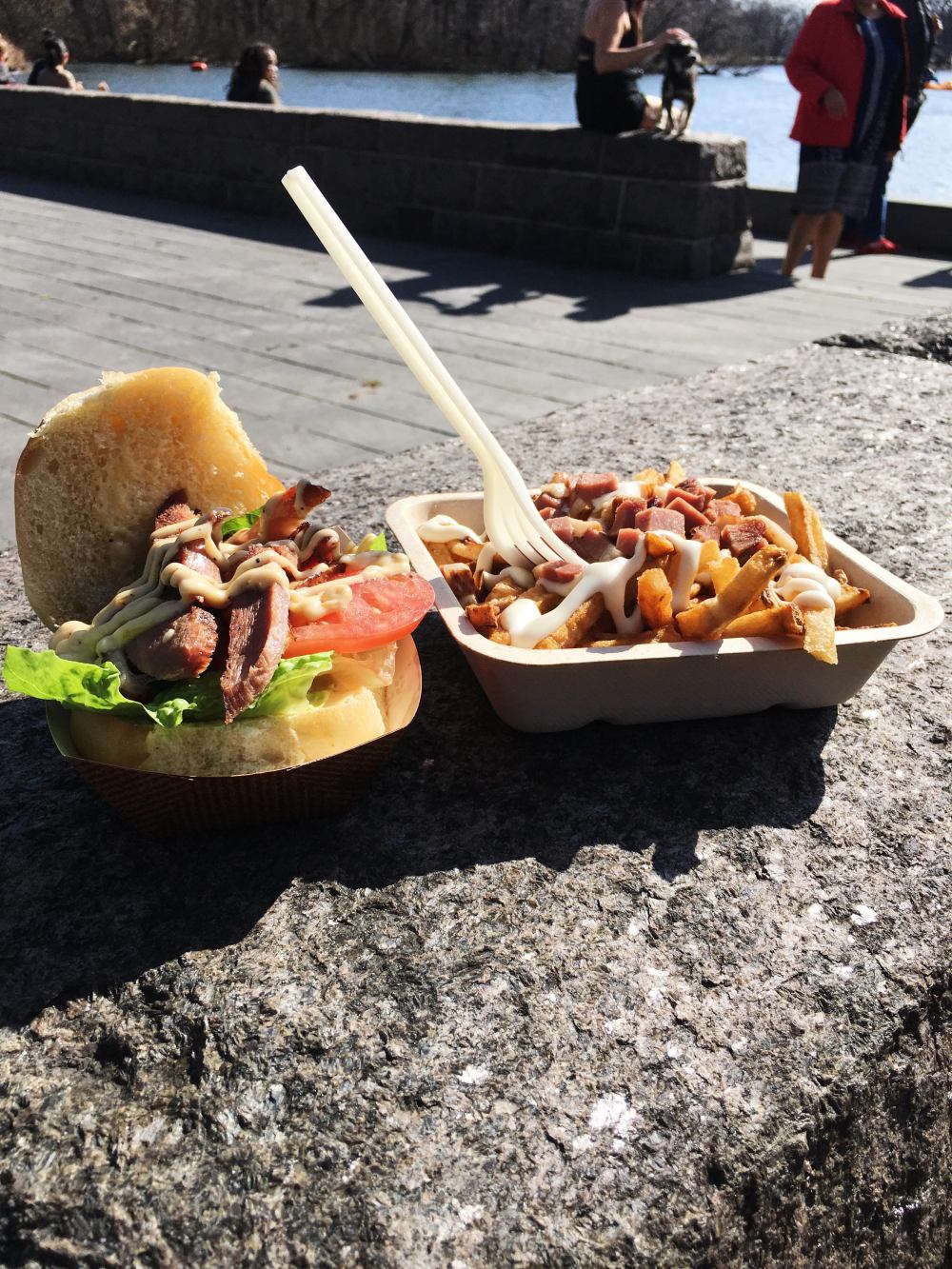 This Smorgasburg veteran captured my attention today, but there are loads of new vendors to try, including Destination Dumplings,  Mission Ceviche, Buff Patty and Ube Kitchen, among others. Bring cash and don’t get discouraged by the lines. I’ll be reporting back, but in the meantime be sure to make your way over. What are you most looking forward to this Smorgasburg season?